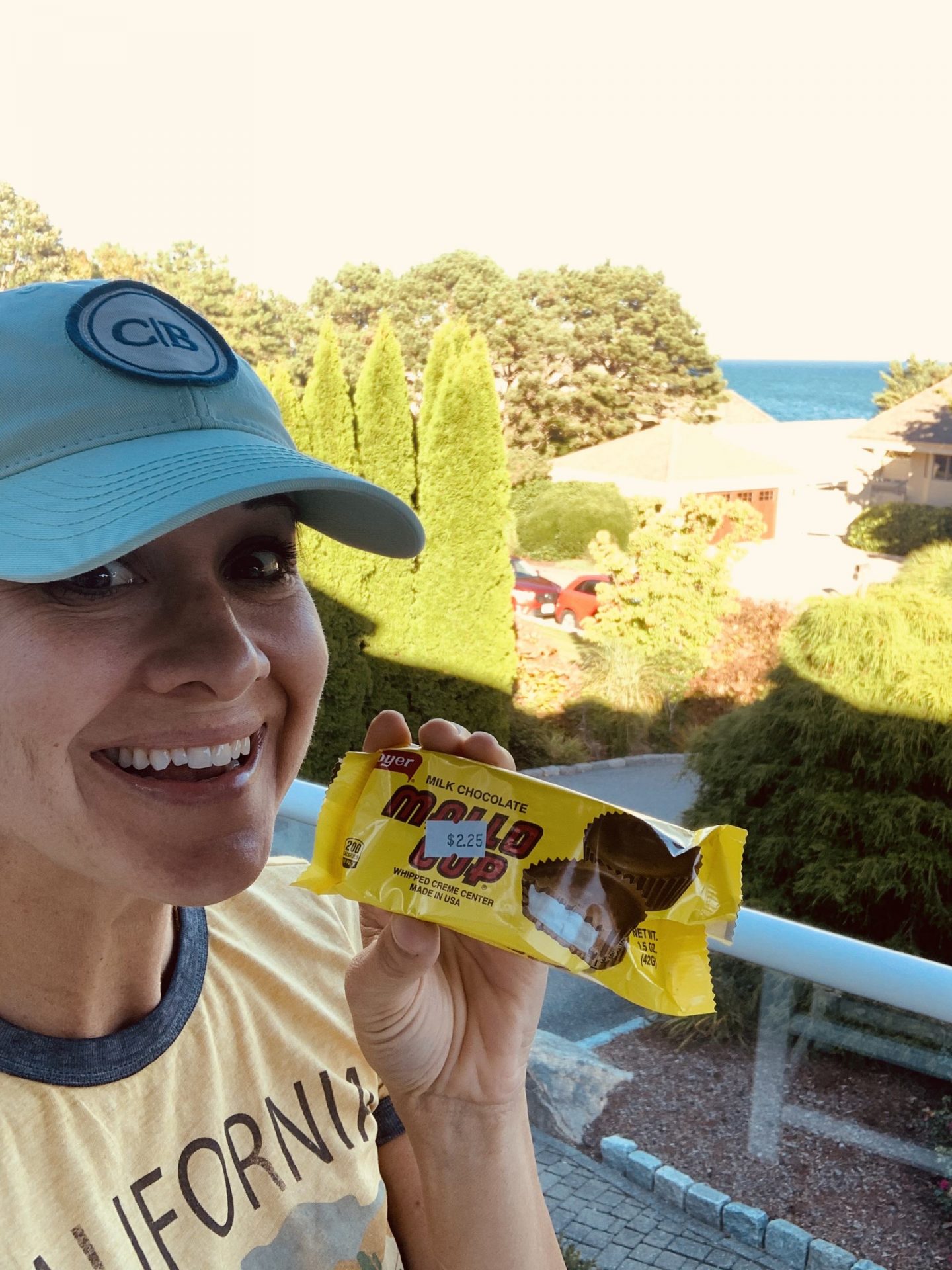 It’s that one moment you’ve been waiting for as a mom.

That one act that makes you melt a million times over.

That one gesture that lets you know you are not screwing up your children.

Over the long Labor Day weekend, we took the children to Cape Cod. It was a reunion of sorts with all my girlfriends from my television reporting days in Charlotte. They all brought their kids, and the fourteen of us rented an adorable home on the water.

On Saturday morning, all seven children wanted to walk as a group to the local Mashpee Commons area – which reminded me of a tiny village right out of a movie. Think cobblestone streets with the quintessential coffee shop, ice cream/candy shop, antique stores, and family-owned boutiques.
Everyone was in such a rush to get out the door; I realized after the fact, I never gave my oldest son, Caden, any money. But I didn’t worry because I thought he could always borrow a few bucks from one of his buddies, and I would reimburse him or her when they got home.

About an hour and a half passed. All of the adults were busy catching up on the porch when we heard the laughter and little feet running in.
Caden comes over to me with a big white paper bag filled with candy. Bubble gum, Sour Patch Kids, and Starburst, to name a few. As he was pulling out the sweets, one at a time, he was excitedly telling me about all the candy he bought.
I looked at him and said, “Who did you borrow the money from – I need to pay them back.”
He said, “I didn’t borrow any money, mom. Remember how I do yardwork for Ms. Irene and Ms. Myron? Well, I saved that money all summer, and I had $20 in my iPod case.”
Pleasantly surprised, I replied, “You have been carrying around that money all summer and did not spend it until now?!”
“Yea, Mom, you told me to save it until I needed it.”
As a parent, I felt a fantastic sense of accomplishment with those few sentences.
Somewhere between harping at him over the homeschooling and reminding him to brush his teeth, I must have taught him a lesson on responsibility, the value of a buck, and the importance of want verse need.
But it gets better.

About halfway through emptying his bag into my lap, he pulled out a Mallo Cup.
It was then my jaw dropped.
“I bought you this, Mom because I know you love them.”
I didn’t know if I should start dancing or cry. I just knew I felt immensely proud.
The Mallow Cup was a whopping $2.25, which means he spent over two bucks of his twenty on me!
Without me asking.
Without his father encouraging him.
Without it being my birthday or Mother’s day.
He knew it would make me happy, so he selflessly did it.
I had never told Caden that Mallo Cups were my all-time favorite candy, but at some point, he was listening. At some point, he must have overheard me talking about the pure joy this candy brings me.
And he thought enough of me, to once he spotted it in the store, choose it for me, and then use his own money to surprise me.
I gave him the biggest hug and secretly thanked God.
It was one of those rare moments in motherhood that you know you are doing something right. You know you are not messing up your children.

I have always said, I am not just raising a son. I am raising someone’s future husband. And I try so hard, not in words, but through my actions, to teach him about being empathetic and putting importance on other people’s feelings. To remind him to take note of the small details in life and make someone’s day. To be kind, just because. To be generous and not hoard his money for only him.
But let’s be honest, you never truly know if your kids are soaking in all of the lessons you give them. You never exactly know if they are becoming who you want them to be as a human.
Until moments like these.
It’s those moments you, as a parent, realize that you are succeeding at your most important job.
And these moments don’t come every day or even every month.
But when they do come, you smile and thank the good Lord.

It might be a piece of candy, but to me, it’s ten years of hard work rolled in between that chocolate and coconut.
It’s everything I said and didn’t say … it’s everything I did and didn’t do … over a decade of being his mom.
And no Mallow cup ever tasted as good as this one.

P.S. If you are a mom reading this, be patient with yourself. These moments don’t often happen, so if you are still waiting for yours – know it is coming. And you are doing a great job, love!