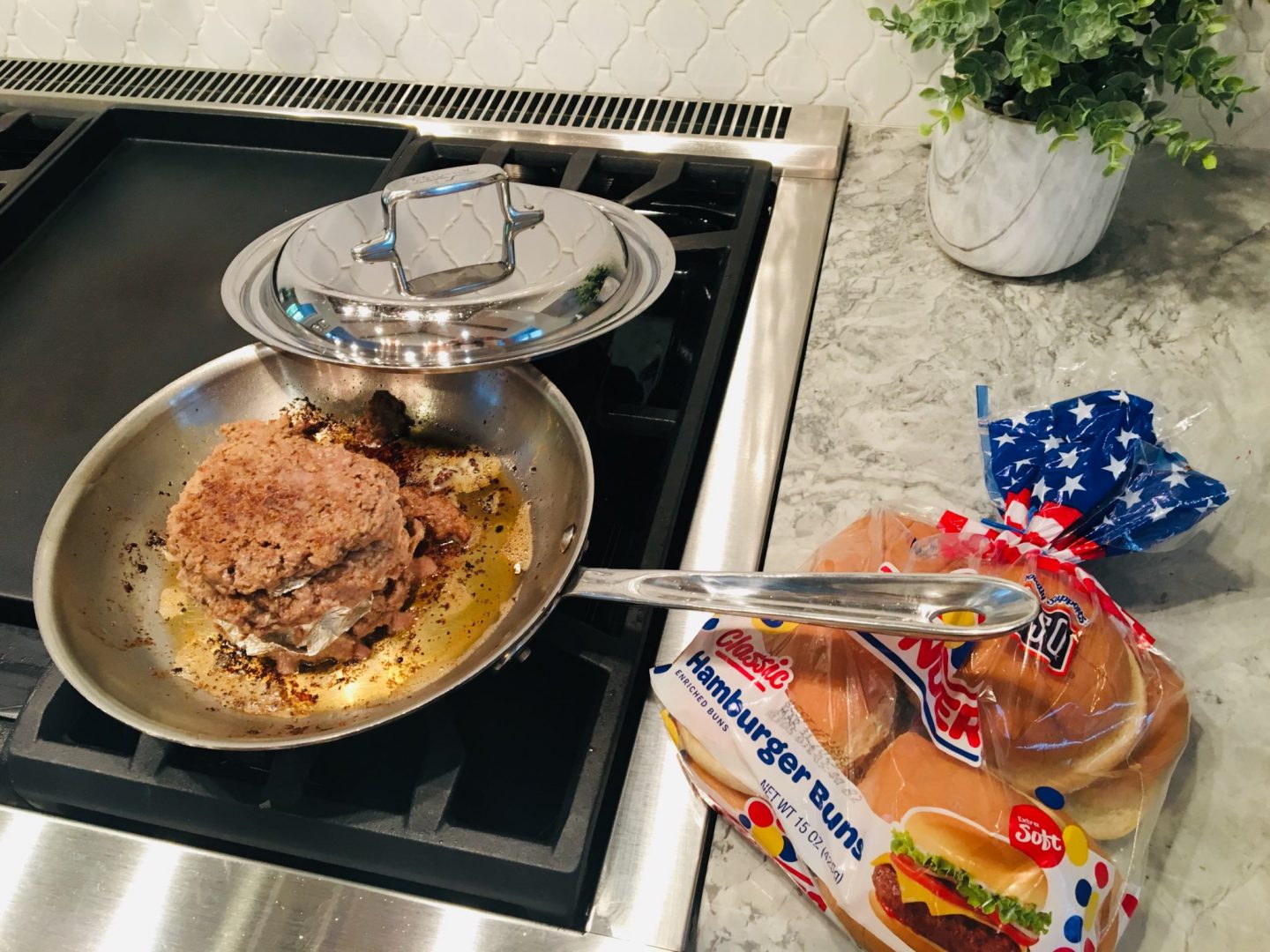 Being a working mom is hard. Actually being a stay at home mom is hard.  Really, any sentence with the word mom in it comes with challenges. So many moving parts, so many needs, and simply not enough time for everything.

So last night we ate dinner at McDonalds. If you know me, you know that sentence alone should throw you off.  Not because I have anything against McDonalds, but because I cook dinner most every night for my family. And it’s usually a balanced dinner of carbs, proteins, veggies, and fruits. Nope, not last night.  It was processed meat. Greasy fries. And too much red fruit punch, packed with red dye, which of course is horrible for you. But this is where grace comes in.

Work ran late, which then had a domino effect on the rest of my day.  I had errands pop up that I did not expect.  Had to get to the grocery store to get food for a segment I was shooting and then took way too long editing a video. Fast forward to 7 p.m. and I realize I had still not made dinner. Ok guys, so bedtime for my daughter is 7 p.m. if that gives you any idea how behind our schedule was. Bedtime and I had fed the baby! So in a hasty rush, I open the freezer and see I have some pre-made frozen burgers. I think fine; I will pair those with some grapes and asparagus and we will be set. Not a great dinner, but one we could survive.  When I made the patties a few weeks ago, I used foil to separate them. Well, I realized that everyone was starving so just decided to make the bad decision of sticking all 3 frozen patties into my fry pan.  In my defense, I was thinking as soon as they began to warm, they would easily separate and I could peel off the foil.  Again, not the case. The more I tried to break them apart, the more the foil was breaking off into the meat. I splashed hot grease on my top. And then realized my buns were stale. That was it. I turned the stovetop off and turned to my family with four simple words: Get in the car.

That’s right. I didn’t even care where we ate. I was hungry. Tired. Dirty. And over trying to fix dinner. My daughter, since she was smelling burgers, said she wanted to go to McDonalds. You know that point in parenthood where you feel so defeated, you just say yes to whatever? That was me. I said sure, let’s go to McDonalds. I probably could have just eaten the samples they give out for free at Costco, for all I cared. Of course my kids were thrilled to go to McDonalds. Adalee was cheering like she just won the lottery. It was in that moment I took a deep breath of grace.  I made the decision not to yell over my failed dinner. I didn’t waste one minute beating myself up for not thinking ahead to defrost the meat. I didn’t dwell on that fact my kids would be eating a rather unhealthy meal. Or that my husband, after working hard all day, would be subject to a greasy fast food dinner. I could have cussed. Or started a new dinner, but I didn’t do either. Instead I cheered with my 3 year old and drove up the road.

Back to finding God’s grace.  Days are not always going to be like we want. Dinners may not always be hot. Kids may not always behave. Whatever you have going on in your life, know that no ones life is perfect. We all struggle. We all have rough days.  And grease splattered tops. But instead of letting a bad day or night turn into a bad week, make the choice to find the grace. Smile at a failure and move on quickly, knowing tomorrow is another day to get it right. Choose to find the good in rough moment, because there is ALWAYS at least one positive thing you can focus on. I focused on my daughters joyous squeal at the thought of getting a happy meal, instead of my mushy mess in the pan.

Remember, waving the SOS flag does not mean you are weak or dumb. It just means your smart enough to know when you need rescued.