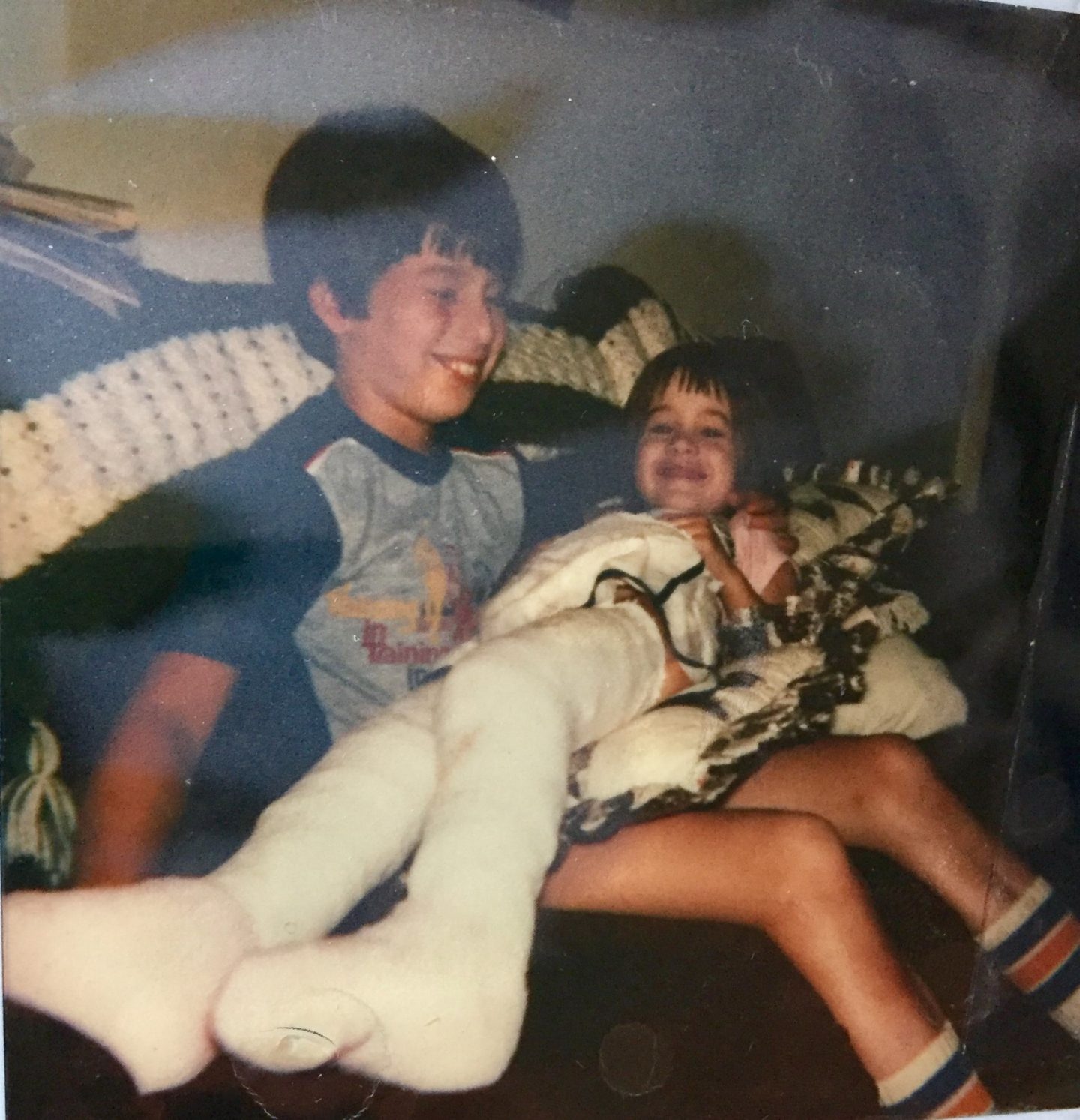 As I sort through old boxes of photos from my childhood, I am always surprised.  There are thousands upon thousands of pictures of me laying in a hospital bed. Even more of me in grueling physical therapy. And just as many post surgery in the recovery room. Yet in all of them, I am smiling. The irony of this is not lost on me.  Stay with me on this one.

I was a child when I was run over by a drunk driver.  I didn’t know hate growing up because my parents didn’t teach me hate. I didn’t know revenge growing up because my parents didn’t teach me revenge.  So as far as I was concerned, I had a perfectly normal childhood.  I never had any animosity toward the man who crashed through my home, because I didn’t know any different. And my parents never said a bad word about the drunk driver.  They never taught me to use my energy worrying about the past. They never exposed me to the frustration they must have felt looking at me laying in that hospital.  I never internalized the role of “victim” because they only told me I was a survivor.  How complex this behavior is, and yet how simple at the same time.  Why can’t we all do this in day to day life? Why can’t we easily turn the other cheek? Why can’t we just let go instead of constantly feeling like we need to serve justice on our own terms? I’ll tell you why … because it would be unbelievably hard.  It would take massive amounts of faith in God with a side of courage.  I don’t even know if I would have that much courage if the exact same thing happened to a child of mine.  Part of me thinks I would have such grace, but the other part of me thinks I would let emotions eat me alive.

Think about this … I spent 15 plus years, almost all of my childhood in and out of the hospital, but I never had one bad feeling toward the man who put me there. I owe that one hundred percent to my parents. It is probably the best gift they ever gave me because it allowed me to develop into a healthy minded adult.  And I force myself to think of this often now that I am a parent.  Imagine watching your baby in constant pain, ripped open on the operating table, and covered in scars … all while you sit by her bedside, saying nothing.  Not cursing the man who caused so much pain. Not pouring over with anger and resentment.  Not opening your mouth and talking negatively about another human who wronged your baby.  This all boils down to one basic truth – all the good in life, we teach our children. And all the bad in life we also teach our children. So it is up to us, to be keenly aware of which emotions we are serving them.  Perhaps it is an accident. It could be racism or gender stereotyping. No matter what it is, our children only know the boxes we put people in, if we put people in boxes. They learn from watching us and from listening to us, even when we think they are not paying attention.  The good and the bad. We have the power as parents to shape our children’s view of the entire world within those early years of life.  What an honor bestowed upon us, but one we must use wisely. We don’t have to shelter them for the evil in the world. In fact, we can’t. We just have to show them so much more love. We have to show them laughter when we want to cry. We have to show them grace when we want to scream. We have to show them forgiveness if we expect them to know what that is.